Nineteen hours before the deadline of my “hot book in creativity” review, I finally began my writing. I have mixed feelings about my timing: I feel guilty for not getting productive until the last minute, but I’ve also learned to trust my procrastination to be the best way to crank a good blog post out of my brain…

What a blessing to learn that procrastinating is actually one of the effective strategies to deliver something original. Maybe not good for productivity, but wonderful for creativity. This was the perfect way for professor Adam Grant to win me over in his new book, “Originals”, flattering me even more by sharing that I’m in good company. Martin Luther King, Jr. was still writing his most important speech at three o’clock the night before delivering it. He kept rewriting until the minute he got on stage. Where he then improvised those four important words: “I have a dream”.

How is procrastination good for creativity? Leaving things open until the last minute keeps you flexible and open to new and better ideas. People that remain open to alternatives generate more original options than the obvious first ideas. The condition being, of course, that you use procrastination as a deliberate strategy for incubation. When you keep your task in the back of your mind and you keep open to it, you are more likely to diverge on ideas to solve your task while engaging in other activities. This diverging on ideas is only one aspect of what it takes to be an original.

Grant has spent years researching people he calls Originals. These are non-conformists who not only have ideas, but who also act on them. Grant defines them as the driving force behind creativity and change. Originality starts with curiosity, and Grant’s curiosity is exactly that what makes this book so original. Grant asks and researches questions that are so original that they shed a novel light on often-hidden aspects of creativity and originality. And last, but not least, Grant refutes several assumptions around creativity.

For those who are familiar with creativity research and literature, many aspects he considers are not new. But the extensive research and the great examples in the book deepened my knowledge on the topic and made me feel so much smarter. I now not only know the facts, but also feel better equipped to help myself and others act in more original ways. That’s why I urge you to read the book. As a sneak preview, here are some fascinating facts and myths that stood out for me.

Did you know that Apple users with Firefox and Windows users with Chrome browsers perform better than the ones using Safari and Explorer? This has nothing to do with performance of the software. It has to do with rejecting the default and exploring different options. Users who are critical and curious enough to take small actions, like downloading a new browser to use instead of the default Safari or Explorer, are more likely to also have novel ways of fixing issues for customers.

Action is what sets originals apart from others with great ideas. Originals often engage in the act of creative destruction, as doing things differently often requires demolishing the old way of doing things. This may lead you to the idea that originals can be ruthless risk-takers. In fact, they balance risj out with security. or example, entrepreneurs are known for taking risks to launch their original ideas, but very successful entrepreneurs like Steve Jobs of Apple and the Google founders Larry Page and Sergey Brin have put their eggs in different baskets for years. Balancing risks in different portfolios allows room for originality. To be original in one area, you need emotional and social stability in others. This balance doesn’t mean being moderate in everything. It means taking extreme risks on one end and being extremely cautious on another.

Another myth that Grant wipes off the table is that the lack of originality is caused by the lack of novel ideas. Instead, it’s a matter of poor idea selection. It’s difficult to predict the success of novel ideas. You may know that one way to have original ideas is to have many ideas. But how can you forecast if an idea will become successful? Not through self-evaluation, as research shows that we overestimate our own ideas. Not through management, since managers are often risk averse. Nor through pilots, because the public needs time to get used to novel and unknown ideas. The best way is to get feedback from other creators in your domain. Ask different people in your domain to get diverse feedback.

As previously stated, it’s a smart move for originality’s sake to take time for idea generation. Waiting also proves to be an important survival strategy when marketing new products and services. We often hear how important it is to stay ahead of competition, but research shows that’s untrue. Historically, pioneers that have been the first to enter the market were six times more likely to fail than the slower-launching settlers who have entered the market created by the pioneers. This is because the latter could make investments that the market wasn’t ready to support in the times of the former.

In the second part of the book Grant shifts from individuals to groups. Along with effective communication strategies to help original ideas get embraced, and tips on creating allies (particularly with your “frenemies”), Grant warns about the danger of groupthink, the enemy of originality. Ray Dalio, CEO of the Bridgewater Investment Company, does everything in his power to avoid groupthink. Bridgewater promotes radical transparency to get the best ideas on the table for everybody to challenge. Where most leaders don’t want their employees to bring them problems, but instead encourage solutions, Dalio wants his employees to approach him with challenges, diagnose them, share their reasoning and explore the causes and solutions. A believability score system guards the quality of the problem solving.

The book has many more inspiring examples that help my ambition. Like Martin Luther King, Jr., I have a dream. Mine is to dissect my own originality and use the building blocks to help others unleash their originality. Grant helped me get a better insight in myself. Now it’s my turn to help others gain insight in what it takes for them to be original.

Anneke Veenendaal-de Kort is a master student at the International Center for Studies in Creativity at SUNY Buffalo State. Anneke holds a Master in communications in The Netherlands where she lives and works as a communications consultant. Anneke’s drive is to design inspiring communications concepts to move people to move their organization towards new, innovative or just inspiring goals. Before starting her Master, Anneke wrote and published a management cookbook with tasty recipes for creative communications in change. 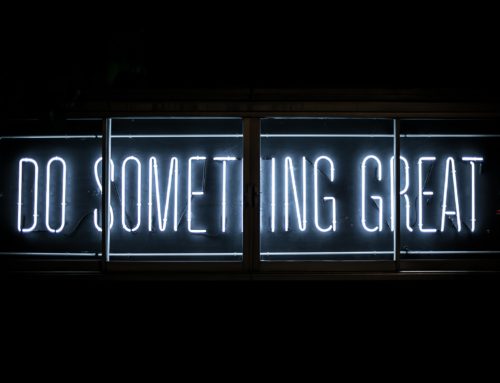